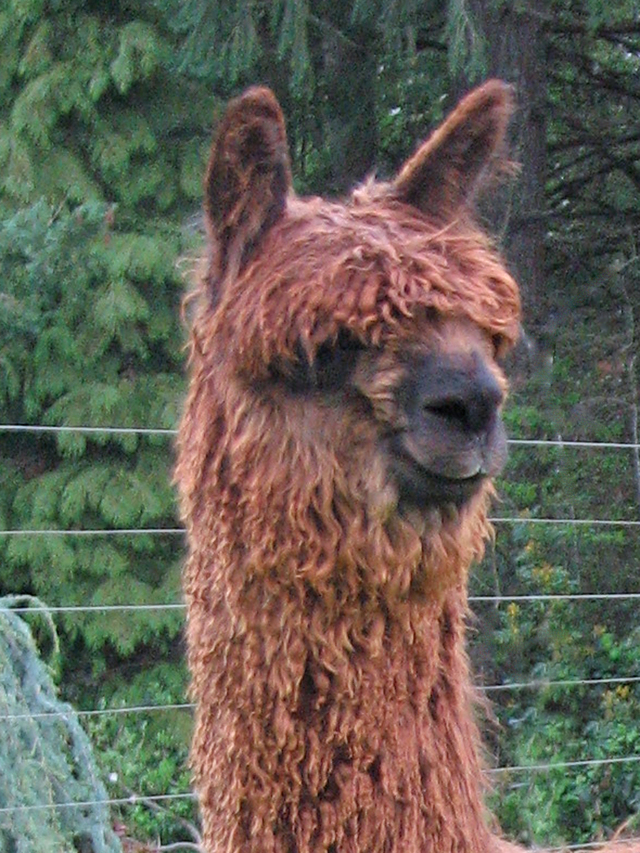 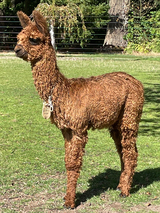 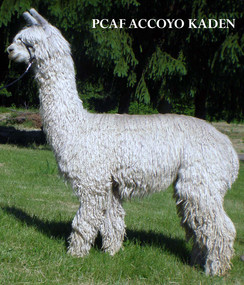 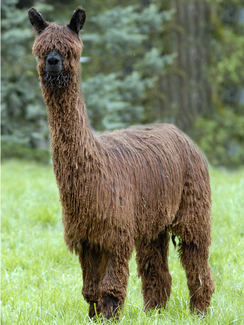 We have looked long and carefully for a male that could best improve our small dark suri herd and we believe we found the perfect male. WLK Jamayo was biopsied as a 24 month old true black male with ARI#35572503. His 15X scan shows fiber clusters very uniformin shape and placement within his connective tissue. He grades level 4 of 4 gland presence. Observe his 8 fiber clusters on the S/P scan that show an S/P of 11.0 to 1. 25 fiber clusters show an average S/P of 11.4 to 1. Also note on all ...
More Details
Ask a question
Details
Certificate Histogram
Ruby is problem free and healthy and is offered at a very reasonable price as we reduce our herd after 33 years though will remain in the industry for years to come. She is a well grown young female that catches the eye of all that see her with her very fine and lustrous red locks covering an excellent conformed body. We are very pleased with this young female whose genetics are rock solid!

Ruby's dam, is the daughter of Cream Bruleè's whose pedigree is a Who's Who of some of the top Accoyo genetics such as Accoyo Jackpot, Accoyo Esse, and Pperuvian Ramilio blended with the style and color of "the Headmaster"Mahogany Prince, BBFAI Azalea, Supreme Champion Kobe of PVA and Diamonte of PVA. Her dense, well-locked fleece can be attributed to both sides of her parentage. Her Grandsiire, Balboa racked up 16 Halter Championships-- 13 Color Championships and 3 Reserve Championships. And his fleece won a few awards too. At the MAPACA 2008 Fleece competition, Balboa’s fleece was awarded a First Place and Best Suri Locks. Then at the 2008 AOBA National Fleece Show, Balboa was awarded First Place and Reserve Color Championship. His fleece also received a Special Award at Nationals for Best Suri Locks.

Ruby‘s sire, Accoyo Kaden has been in front of 9 different judges, who have all commented and appreciated his wonderful handle and outstanding luster! He was entered into a stiff competition for the Get of Sire at the prestigious CABA Classic where he won the class (not once but TWICE) with three offspring with dense and lustrous fleeces that were consistent throughout!
Kaden was also assessed by an outside consultant who considers Kaden to be in a very selective group of "elite male" alpacas. Ian Watt.... "Superior Suri Genetics". He was right; Kaden has produced offspring with the highest luster and highest number of follicles tested to date (April, 2015). This is a male that has placed IN THE TOP LEVEL OF EPDS in 2016, 2017, 2018 & 2019!

We bred Ruby to Black Bijou, a Belefonte son, thinking we might get a black offspring but this Rum Line only produces this beautiful red brown and RUBICON was this year’s gorgeous high luster cria! He is amazing!!! 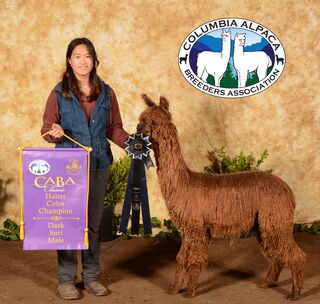 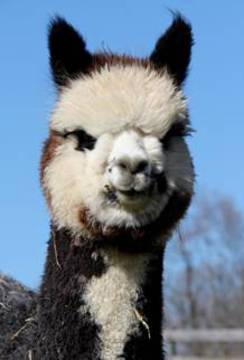 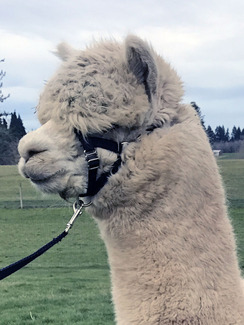 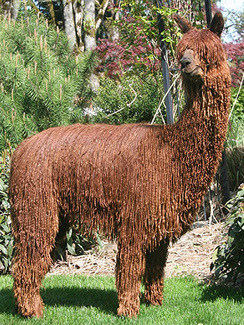 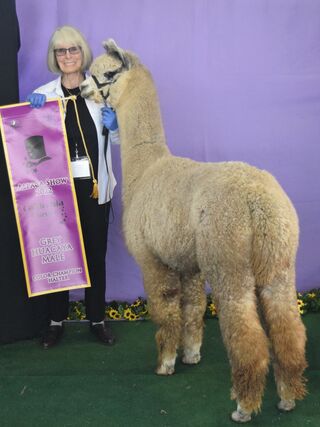